Learning Life Lessons at the Knees of the Dying 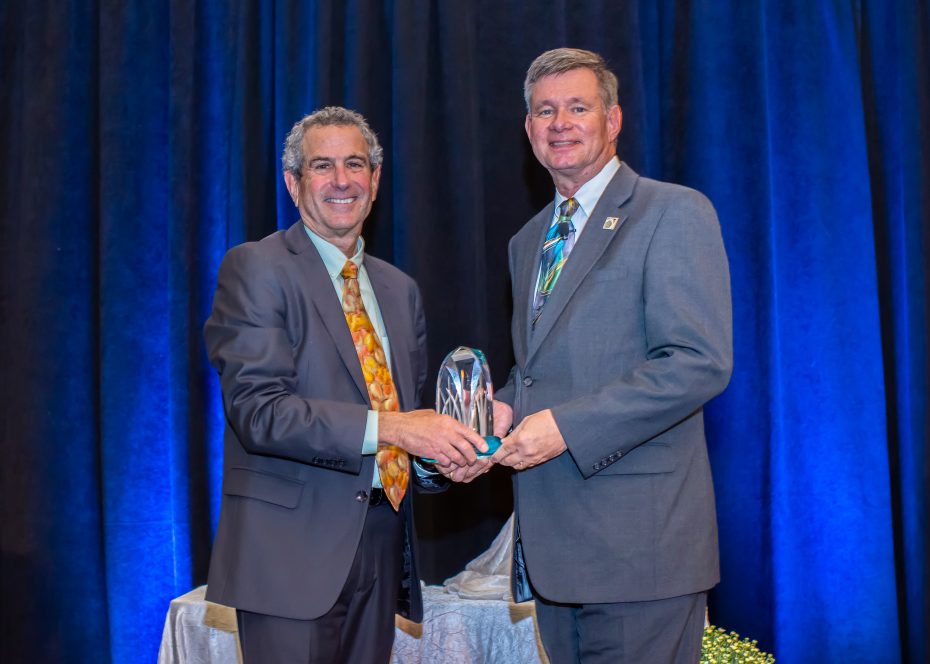 This blog is the second in a series of reflections from the 3rd annual Symposium with Dr. Ira Byock on October 12, 2018, Abundant Aging Through the End of Life.

After coming home from United Church Homes’ Ruth Frost Parker Center for Abundant Aging’s 2018 Annual Symposium, featuring keynote Dr. Ira Byock, my husband and I went to Ann Arbor to watch a University of Michigan football game. As we drove that weekend, I told him about the Symposium, about well-being at the end of life and about opportunities for growth only experienced in the face of death.

Then we turned on NPR and listened to the Moth Radio Hour, where Sheri Holman told her story, “Eat the Day.” We listened as she shared her experiences facing death and how, as a result, her family learned to live with grateful well-being.

Sheri described the delight of giving birth to her twins, Linus and Felix. They were healthy at birth, but as they neared two months, Linus began to do something unusual — instead of the typical direct gaze of a baby into his parents’ eyes, Linus began to look away. Following mother’s intuition, Sheri asked her pediatrician to authorize a visit to an ophthalmologist. As the doctor proceeded, he became more solemn and less talkative.  Finally, he told her, “This is very serious. Your son has a massive tumor on the retina of his right eye, called a retinal blastoma.” One week later, Linus began chemotherapy.

Sheri and her husband went into battle mode. Every three weeks, they took Linus for chemotherapy, which treated not just one tumor but 12 additional tumors. While experiencing her son’s precarious journey in the face of cancer and death, Sheri began to wonder what caused this.  As is so common, loved ones blame themselves, experiencing guilt as they grieve. She asked herself, “What did I do wrong as a mother?” She felt her family was cursed, and life darkened, becoming full of fear and out of control.

One day, she realized the only way she could go forward without despair was to change the story she told herself. She realized that death and suffering are both common and random. In the face of death, the only way to live is to savor life minute by minute. That day, Sheri took her twins and her 3-year-old daughter to the playground. She told her little girl, "Let's eat this day. Let's chew it and swallow it, so it is always with us." And as they did, Sheri felt the darkness shadowing her family dissipate in the sunshine.

Someone once asked Sheri, “Was there any good you got out of this?”

“Having a baby diagnosed with cancer stripped us of the illusion that life just continues. Instead, we are all born to die,” she replied.

Facing the reality of death made the whole family appreciate every moment of life. Together, they practice appreciation of what they have now — slowing down, not looking too far into the future. Living life presently, they live gratefully.

Sheri Holman’s story resembles many of the stories Dr. Byock heard from the dying patients he walked beside as a palliative care doctor. He realized that attending to the whole person, rather than only the illness, allowed him to attend to each individual’s well-being — well-being that surprisingly can be had in the face of death. In fact, it taught him that dying is an opportunity to live well with profound meaning, joy and laughter and a remarkable sense of celebration.

As Dr. Byock shared some of his patients’ stories, I felt my experience as a chaplain answering his. I have also witnessed people dying well. With helpful medication to alleviate pain, people have a tremendous opportunity to focus on what means most to them. And “it’s not things,” said Dr. Byock, “but people.” Near the end of life, focusing on community ties and family relationships allow us to find peace. Conversations expressing love and mutual forgiveness allow dying people to bless those around them.

What I found most striking at the Symposium was how Dr. Byock turned his learning at the knees of his patients into life lessons for living well for each one of us in attendance. I encourage everyone to read his books “Dying Well” (1997), “The Four Things That Matter Most”(2004) and “The Best Care Possible” (2012).

Rev. Beth Rodenhouse served in parish ministry for eight years and chaplaincy for five years. She currently serves as chaplain at Pilgrim Manor, a United Church Homes community in Grand Rapids, Michigan, which is part of the ministry of the United Church of Christ.