Narrative Gerontology and the Importance of Storytelling 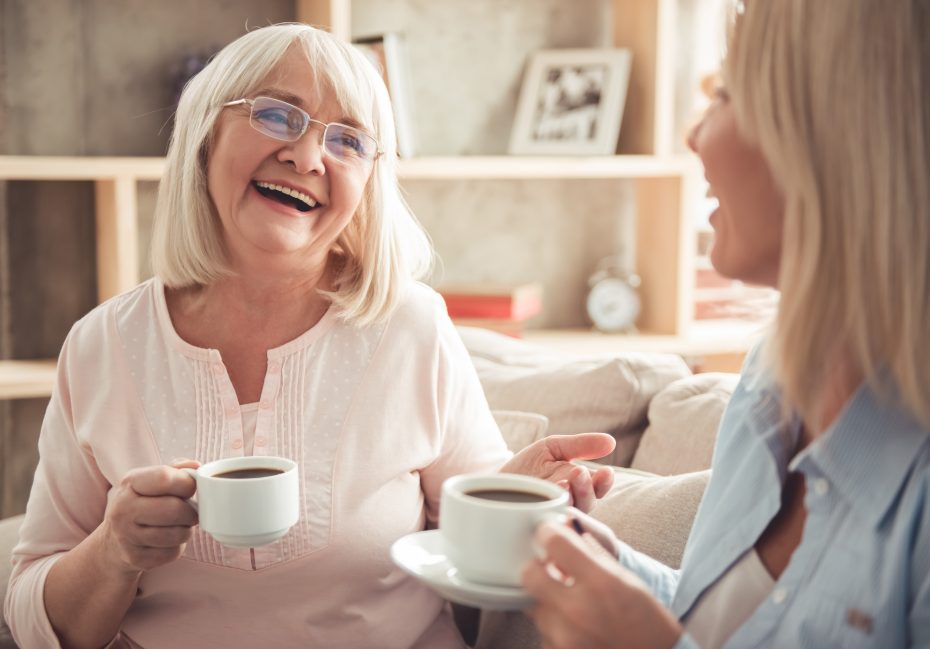 The Importance of Storytelling and Story Listening

I was saddened by the recent death of poet Mary Oliver. In the wake of her death, I spent time reading various pieces she had written over the span of her life. As I was working on this blog, I ran across one of her poems that spoke volumes to me about the topic of storytelling. In her poem, "Sometimes," Oliver wrote: “Instructions for a life: Pay attention. Be astonished. Tell about it.” (Red Bird: Poems, 2008.) One of the ways this poem speaks to me is that Oliver did not place an age limit on her instructions. Paying attention, being astonished and telling someone about our stories is important at every age.

At the Ruth Frost Parker Center for Abundant Aging’s Wisdom Conversations event held on January 7, 2019, speaker Dr. Paula Hartman-Stein spoke to the audience specifically about older adults sharing their stories. She shared that in narrative gerontology, “life as story” becomes the focus for older adults (de Medeiros, K. 2014. Narrative Gerontology in Research and Practice, New York: Springer.) She also spoke about how older adults may find meaning in their lives through the use of narrative or storytelling. Focusing on written narratives during the workshop, Hartman-Stein said that older adults achieve“epiphanies and healing" through such work.

Whether one writes, sings, speaks or expresses a narrative through movement, listening is a critical component to sharing one’s narrative. I agree with Hartman-Stein that “we are worthy of being heard.” When we share our stories and someone else truly hears us, we are changed. In being heard by another, we experience validation, which is “a powerful feeling that contributes to well-being.”

In my calling as a chaplain,  older adults often ask me to sit with them and listen to their stories. I remember one older adult asking if I would stop by her home to hear the narrative of her life. She wanted to share her stories so that I might one day share them at her funeral. After she told me about her husband and children, parents and siblings, the Depression, her childhood and church, she thanked me for listening.

It was critical for her to have a keeper for her stories, and I could see the relief on her face when she finished sharing the narrative of her life.  She felt that I had listened deeply and trusted that I would hold her sacred stories until her death. She knew I would share with others the narrative of her life when she was no longer physically here. The older adult felt worthy of being heard, and her life was validated in its telling.

As a frequent story listener, I have found that it's not only older adults sharing their stories that change. Hartman-Stein noted in her workshop that when people share their narratives with others that the listener also changes. I have been deeply changed through my encounters as listener over the course of my ministry.

During one such encounter, an older adult told me about his time in World War II. He shared that he fought on the beach at Normandy. After he shared his story, we talked about what it was like and what he felt. Hearing his story changed me. Having been to that same beach more than 70 years after he had been there, having stood in the American cemetery in Normandy and having silently walked through the markers of the people who did not make it home, I had the privilege of listening to the stories of someone who helped shaped history. Hearing his personal narrative allowed me to see that period in history with new eyes. No history book could give to me what his personal stories did.

We Need Each Other

Oliver talked about her instructions for life in her poem. And although no longer physically here, her words continue to inspire her listeners to live and to tell about it. In my story listening of those older adults, the stories of both storytellers will be preserved. Their memories will remain alive in the telling of their encounters. Storytellers and story listeners of all ages need each other. Through this mutual connection, our stories remain alive.

Whose stories do you hold? Who is the keeper of your sacred stories?

Having served as pastor at Community UCC in Fort Seneca, Ohio for three and a half years, Rev. Becky King currently serves as the chaplain at Fairhaven Community in Upper Sandusky, Ohio and as the dean of chaplains at United Church Homes.