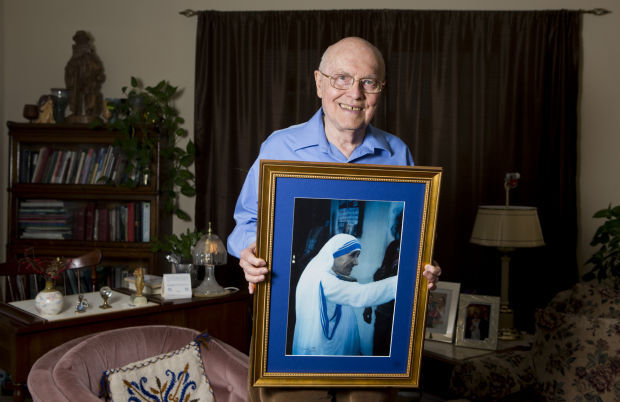 Advocacy is not often a word that we associate with people who are older. It usually brings to mind a specific cause, a specific historical moment or even specific political "leanings." The word has its roots in Middle English advocacie, meaning intercession. This concept came from the Anglo-French advocassie and the Medieval Latin advocatia and advoca*tus. These roots add layers of meaning, including pleading, patronage and advocate. All of which contribute to what we know as advocacy today: the act or process of supporting a cause or proposal. (Merriam-Webster)

Often, we associate advocacy activity with youth. Perhaps that is related to the perception that advocates are passionate about the subject of their cause. And passion is not a term that our culture pictures in later life. And yet, having the freedom to align our actions with our passions can be a spiritual benefit of later life. We need to encourage the passion that sits dormant from fear. Fear of what others may think. Our fear, maybe, that our ideas in later life are not valued. Or the fear that we are just past our "prime," and we can leave such work to the next generations.

One of my colleagues in ministry was Rev. Bill Barndt. When I met Bill, he was in his late 80s. His days of full-time ministry, and then serving an occasional interim ministry position, were behind him. However, he came to all of the clergy meetings. At the end of our time together, he would stand and share a petition or announcement about one of the several causes that were at the heart of his passions: Pastors for Peace was one of those causes that I remember to this day.

Bill was an inspiration. He was a role model for his junior colleagues to continue to advocate for others. He demonstrated that, in many ways, it is easier to be an advocate in your post-employment years. At that point, you don’t have to worry about being removed from a position because someone in your congregation or workplace disagrees with you.

Taking Advocacy to the Street

Perhaps we picture activists marching in the streets and, literally and figuratively, moving mountains to bring about change or give voice to the voiceless. My father-in-law, Clip Higgins, took to a street in Lincoln, Nebraska, five years ago. Clip became enraged when participating with his home church to deliver items to the city mission. That street was not navigable. Potholes and cracks showed signs of neglect on behalf of the city. He wrote letters and eventually went before the city council to plead for the repairs to be made. A newspaper article gave him credit, at the age of 85, for getting the street fixed. There are a variety of ways to take to the streets. His advocacy is a source of great pride and inspiration, particularly for his grandchildren.

The Ruth Frost Parker Center for Abundant Aging just concluded co-sponsoring an event in Dayton, Ohio, to raise awareness of aging and the LGBT community. You will hear more about this in a future post. United Church Homes is an open and affirming organization. Through the Ruth Frost Parker Center for Abundant Aging, we seek to advocate, educate and engage with congregations and community partners. We do so in order that those who are most vulnerable may be heard. Attending conferences, furthering our education and enhancing our engagement with others is another practice of advocacy.

When media shares stories about older adults engaged in advocacy work, they often highlight the age of the advocates. Last year, grandmothers organized a journey from New York City to Texas to advocate on behalf of the mothers and children who were separated at the U.S. southern border. Grannies Respond is a grassroots organization that formed in 2018 in response to the separation of families at the US-Mexican border. The reporters were surprised that women who were old enough to be grandmothers would embark in this work.

But why? It is natural to want to engage and work to fight and plead, to become an intercessor, and to patron to help bring about change in the world. This helps us overcome our own feelings of powerlessness. Advocacy work connects us to the larger work of justice in the world. The one engaged in advocacy is empowered. And hopefully, the cause for justice advances in the world.

I hope that we all can find ways throughout our lifetime to advocate for change. This connection with the world is important to the individual and to the community at large. Such awareness of causes and individuals in need bring us out of our self-centeredness. Such activity can be a part of the legacies we leave. It can be a part of our connections with younger generations who could benefit from having role models and mentors for their own advocacy activity. And, such activity does bring about change!

Whether an individual has the energy to march with thousands or to stand in front of decision makers, the point is that advocates are active. Advocacy can take the path of writing hand written letters or participate on-line with organizations. Sometimes, a click on the computer adds your name to a list and sends the message to elected officials — who do take notice of such things. Advocacy is one way to highlight a cause. Or give a voice on behalf of the voiceless.

In this season, what are the things that connect with your passions? How are you involved in conversations to consider and hear all sides of the issue? What would you be willing to do to advocate on behalf of others?

Rev. Beth Long-Higgins is an ordained minister in the United Church of Christ, musician, fiber artist and mother of two adult children.