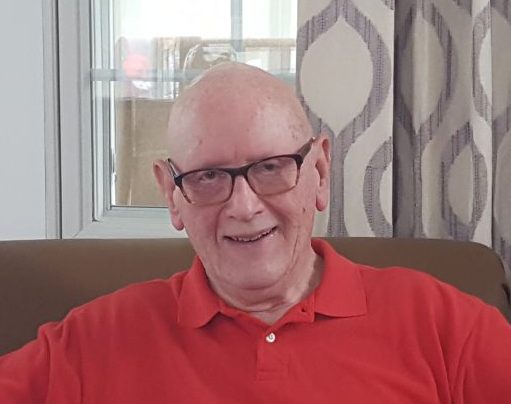 How we approach a significant move, such as when to move into a retirement setting, can be felt as either a painful loss (discontentment) or a new beginning (contentment). What makes the difference? Perhaps it has to do with choice and appreciating what it means to be content. We welcome guest blogger, Rev. Al Irby, for his reflections on the decision that he and his wife, Marge, made last summer.

When 2018 began, I was living quietly as a retired pastor and nursing home administrator. My wife, Marge, and I were in our early 80s with some health issues that were well controlled with medication. We loved our house. Everything was paid for, and we were at peace and knew contentment. But then the year began to unfold in unexpected ways. In January, I had an infection in my big toe that would not heal, so my podiatrist had to remove that toe. Circulation in my lower legs became an issue, and four surgeries followed to open my arteries. In the midst of that, kidney stone surgery became necessary. Next, a c-pap machine was prescribed, and I began using it.

Finally, in October, two eyelid surgeries were botched, making a third one necessary in the near future. As all this began to happen, I told Marge in May that I felt that staying in our house was too hard and complicated. I wanted us to move to a retirement community.

We visited Pilgrim Manor where our daughter had been the administrator for many years. It felt right for us, if we could afford it; fortunately, we could. So that is how we got here. Our feeling about all that had transpired cannot be described. For us, the move was a good solution to our problem. We were pleased to find such a caring and comfortable place.

Although we regretted giving up our home to live in a two-room apartment, we are content. Our old home town is nearby, so we visit frequently. Our new life at Pilgrim Manor works well for both of us. In contrast, I know that there are individuals who are painfully unhappy in their transition to living in retirement communities. What is the difference? I believe it’s because we made our own decision when we felt it was time. Our health issues left little doubt that a change was necessary. And my professions had given us a lot of practice at meeting and relating to new people.

The contrast for the unhappy souls is that the decision to move is made by or strongly influenced by others acting on their behalf. They feel alone and out of touch. For them, this move is not seen as a solution but another problem. Sometimes, the health problems are a separate issue, often making the move even more painful. For some, their social skills are limited.

It is painful to watch when others are so intense in their unhappiness that they reject every effort to support and lead them. It could be said that such individuals are “living with a spirit of discontent.” Even so, caring staff continue to honor their choices and treat them with respect and dignity. The point is this: independent residents are not always independent; varying needs for attention and care are based on the needs of each new resident and their reaction to it. The Health Insurance Portability and Accountability Act (HIPAA), which protects patient information, is often blamed for  staff’s inability to share enough information to make entry into small social groups easy. Again, independent residents are not truly independent, since all residents rely on interaction with others.

Again, a painful loss or a new beginning? It is a choice each person makes, and we can all help each other when we move into retirement communities. It may just be the difference between discontentment or contentment. For us, it was certainly helpful that my wife and I had each other, both in making the choice and then in the process of our moving decisions. A new administrator at Pilgrim Manor is getting settled in, and she appears to be a good choice. We are confident that we remain in good hands.