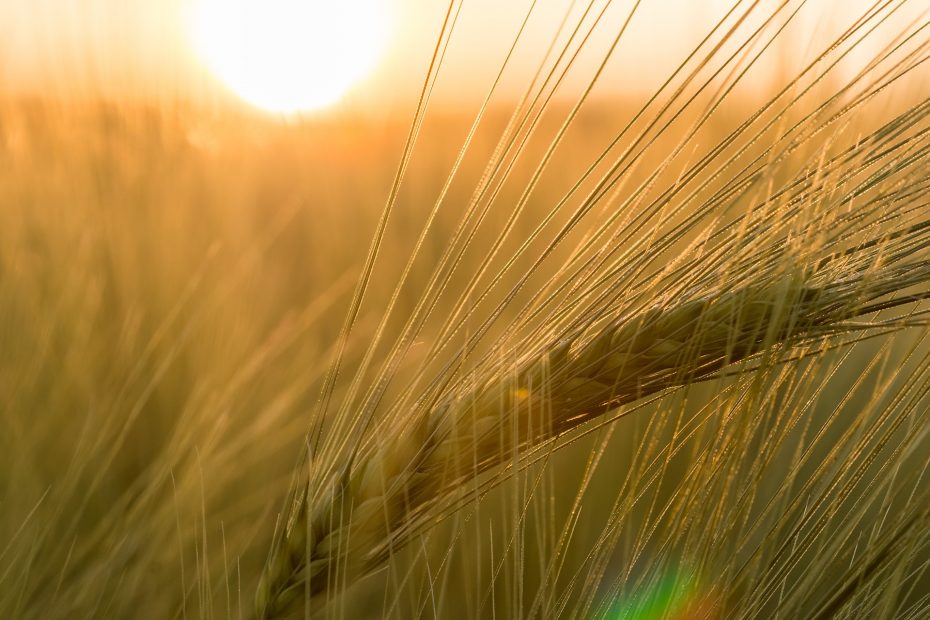 This week, we continue the theme of “Mothers and Fathers of Faith." This person is a woman of great vision, strategy and courage. The biblical book is named to honor her daughter-in-law, Ruth. But Naomi is the change agent that propels Ruth’s life for generations to come.

Foreigners in a New Land

The famine in Judah was the reason the young couple, Naomi and Elimelech, decided to move to Moab. This was the place where they made a new life for themselves and raised their sons, Mahlon and Chilion. Then Elimelech passed away. In that time, a woman’s life was dependent on her husband, son or other male relatives. This widow and her sons continued to survive for about ten years in their adopted homeland. During which, each of her sons took a Moabite wife of their own, Orpah and Ruth.

But tragedy struck two more times. Both Mahlon and Chilion died. Naomi was a widow and a childless mother left in a strange land. With the death of the sons who had protected and cared for her, she considered her options. Stay in the foreign land and remain close to the graves of her husband and sons, remembering the life they had made for themselves? This would have involved risk for her own health and safety. Or she could venture on the journey to return to her family of origin. Surely one of her distant relatives would recognize the laws and obligations they had in caring for her and her daughters-in-law.

It was risky if she stayed in Moab. It was risky for her to take the journey to return to her homeland, where the famine had come to an end. Women did not just travel through the wilderness on their own! But Naomi summoned the courage to head home. As she set out, both Orpah and Ruth began the journey with her. The three women were bound by the love they had shared for Mahlon and Chilion. They had all been protected by those marriages. And now the young, widowed daughters-in-law looked to Naomi for guidance and leadership.

Knowing what it took to leave one’s kin and place of birth, Naomi implored the two young women to return to their own families. They were young enough to remarry. Orpah responded to that invitation and returned to her father’s home. Ruth, however, uttered the infamous pledge to go with Naomi, declaring: “Where you go, I will go; Where you lodge, I will lodge; your people shall be my people, and your God my God.” (Ruth 1:16)

Although the companionship was undoubtedly welcomed and the loyalty an honor, Naomi must now assume the responsibility not only for her own future but Ruth’s as well. For Ruth will now be the foreigner and Naomi the cultural “host."

Once back in Bethlehem, the two women create quiet a stir. Naomi's family and former neighbors couldn’t believe that she has returned. And in case we don’t understand the significant stress and sadness that Naomi felt, she told people to now call her Mara, which means bitter. The losses in her life had been harsh. And her faith in the almighty had been shaken.

But Naomi could not just sit in despair. She realized that she was the connection between Ruth and her kin. Naomi, too old to remarry herself, arranged the meeting of Ruth and her distant relative, Boaz. Naomi sent Ruth to glean from the barley fields of Boaz, a practice to help provide for widows and the poor.  Boaz noticed the young foreigner and gave her tips on how to glean more. He also protected her from the advances of other men. He was impressed by her loyalty to Naomi and offered her a heaping plate of food at his table. Again, he instructed the others to help her glean a better harvest and protected her from being “bothered” in other fields.

Naomi was aware of the dangers that threatened Ruth’s safety. She was also aware of the meaning behind the kindness that Boaz had offered Ruth. It was Naomi’s plan that brought Ruth together with Boaz. (If you want an interesting bible study, I invite you to have a group act out chapter 3 in the book of Ruth!) Ultimately, Ruth and Boaz's marriage was part of a transaction that included a plot of land that had once belonged to Elimelech. “This was the custom in former times in Israel concerning redeeming and exchanging …” (Ruth 4:7) This was a way to carry forth the names of Elimelech, Mahlon and Chilion and their inheritance. Boaz assumed responsibility of both Elimelech’s inheritance and the care of Ruth and Naomi.

The climax of the story comes in the final chapter with the announcement of the birth of Ruth and Boaz’s first son, Obed. For many, the point of the whole story is in the genealogy from Obed to Jesse and David and, finally, Jesus.

However, perhaps the most important part of Naomi’s story happens in the description of the birth of Obed (Ruth 4:13-17). When the women of Bethlehem hear of the birth, they gave thanks to God that Naomi had not been left destitute. They called the baby Naomi’s "son." This is in spite of the fact that Naomi and Ruth were not related by blood. The community recognized this child as restorer of Naomi's life. They gave thanks that he would be a nourisher in Naomi’s old age. They acknowledge the deep love that Naomi and Ruth share.

Naomi’s struggles are not so uncommon in our own day. For it is difficult to avoid the real challenges that many around the globe face as they seek to flee the desperation of famine or other dangers and embark on long journeys in order to provide for their families.

May the story of Naomi provide us with hope and insight. Even with the various safety nets that our modern culture provides, widows, both young and older, and women, in general, are too often susceptible to mistreatment and exploitation of others.

And even though one of the myths of our own culture is that we all belong to loving families of origin, we need to celebrate and give thanks for the families of choice and larger communities who gather around and support us.

May the courage of Naomi, to seek safety and security for family, inspire us to take steps toward wholeness and healing.

Naomi's ability to face her bitterness and her questioning of God can serve as permission for us to feel our own feelings. We can see that we are not the only ones to question God's presence. And we can, perhaps, find inspiration to face our own pain. May the blessing she receives at Obed’s birth be a sign of hope that God provides us with restoration and nourishment, even in our older age.

And may Naomi’s desire to be in community inspire us to ground ourselves in the midst of others who can provide us with a larger perspective of life, helping us to affirm that legacy of love at work in our own lives.