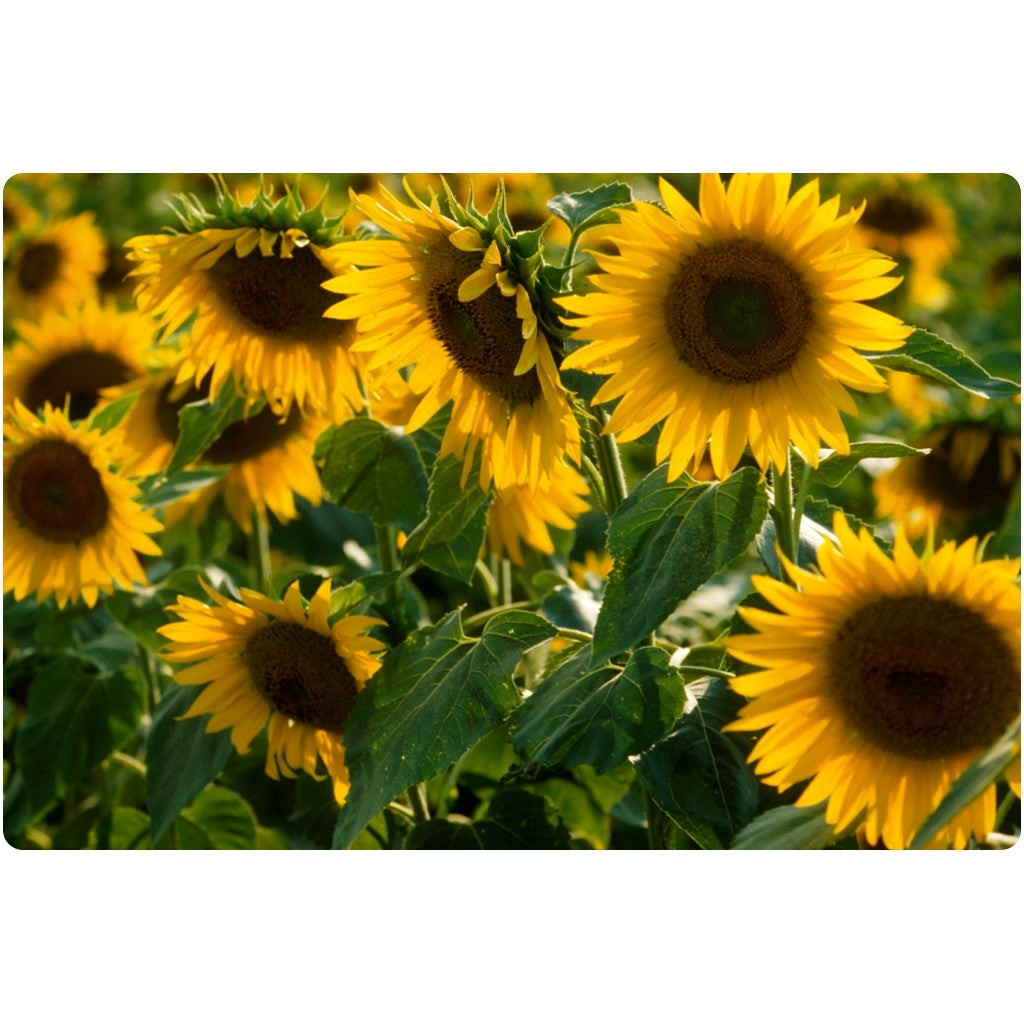 Slide projectors, each with its own carousel, were stacked three high. They were managed by a dissolve unit, and by the creativity of the writer/photographer whose studio I was visiting. Those were the days before Kodak stopped making slide projectors, before PowerPoint, and before cell phones became video cameras.

He had invited me to preview his new project titled “Invincible Summer.”

While I was in his studio, about 100 miles away my father was to be released from Wyandot Memorial Hospital. He would return to Fairhaven, the mother campus of United Church Homes. His wife was also a resident there.

My friend didn’t know that.

There had been an auto accident. Mother’s head was whipped into the unpadded dashboard, then bounced back into the solid door frame. The resulting brain injuries left her seriously disabled, in need of daily care for the rest of her life.

My friend didn’t know about the accident.

When mother left the hospital and physical therapy, father cared for her at home. As her mobility and strength gradually diminished, caring for her at home was too difficult. She lived in a nursing center near their home for a while. Later we moved her to our home, two hours away from her husband. My wife became her primary caregiver, and father came to visit after work every weekend.

It was a busy household. Two elementary school aged children, my wife’s mother, then my mother. My mother-in-law had not flourished after the sudden death of her husband, which, ironically, also occurred in our home six days after the birth of our son. My wife managed those two mothers, one of them grossly disabled, who now lived in the same household as their own children and two grandchildren.

Imagine preparing meals, assisting one with eating while keeping the peace between two energetic youngsters, handling the laundry, assisting one mother with all her physical needs, and consoling the other mother through her bouts of loneliness.

Then consider what it meant to add another daughter who did not speak or understand English. Her adoption was started prior to our household’s embrace of the two older mothers. We were reluctant to pass up the long-awaited opportunity to add a South Korean three-year-old girl to our family.

My friend with the slide projectors didn’t know these circumstances either.

My wife courageously lovingly and stoically managed all this without much help from her husband. I was senior pastor of a large member, tall steeple congregation, and absent from the household more than present in it.

Then there came a call to be the executive of one of our United Church of Christ children’s residential treatment facilities. Before we made the move, my wife’s mother died unexpectedly. Her passing added a new layer of grief for us to handle. My own mother’s needs were intensifying. The children, of course, deserved their parents’ attention, especially when moving to new schools and living in an entirely new environment on the treatment center’s campus. We realized we needed help.

We agreed that our best alternative was Fairhaven. Dad could live in an independent apartment, mother in the skilled nursing center, and on my frequent business trips I could visit them.

Then my sister’s husband died in a tragic fire which also destroyed their home. She came with her two children to live with us. When they were able to move on, my wife became the secretary of a day care center where the man with the stacked slide projectors was at the time an associate pastor.

In those years we experienced more shadow than light. More grief than grace. Change, uncertainty, stress, anxiety about the future, and fatigue were our constant companions. But he didn’t know that.

He moved from parish ministry to start a business where his exceptional skills in photography and writing could be more fully expressed. Which led to the invitation to preview “Invincible Summer.”

He chose slides from the several thousand nature photos he had taken. Some of them would later illustrate the counsel he offered in his many books with titles like “When Mourning Dawns” and “A Pilgrimage Through Grief.”

The phrase “invincible summer” came from Albert Camus. I never thought of Camus, a well-known prolific author, as offering anything more than a gentle kind of cynicism. But in a collection of essays titled “Return to Tipasa” he wrote:

“In the midst of hate, I found there was, within me, an invincible love.

In the midst of tears, I found there was, within me, an invincible smile.

In the midst of chaos, I found there was, within me, an invincible calm.

“I realized, through it all, that… in the midst of winter, there was, within me, an invincible summer. And that makes me happy. For it says that no matter how hard the world pushes against me, within me, there’s something stronger – something better, pushing right back.”

I watched the slide program, listened to the beautiful narration, and wept. Added to all we had so far experienced, my father was refusing all nutrition and resisting all efforts of Fairhaven staff to help him regain strength after surgery. He spent five months wasting away until his earthly journey was completed.

My friend did not know about all these traumas in our lives. He simply sought suggestions for a project designed to help folks find paths through the autumns, winters, springs and eventually the summers of their grief experience.

“Invincible Summer” emphasized the naturalness of grief and its gradual evolution over time as we move through a healing process. He asserted, as did Camus, that through all the seasons of sadness and dismay, the summer of life does eventually return.

That day in his studio was therapeutic. My unexpected tears signaled release from the bondage of sadness. His escort through the seasons of grief helped me cope with my father’s decision to do nothing to enhance his well-being. I was able to whisper in his ear, “Dad, we love you. But if you are ready to leave us, it is OK. Be at peace and let go.” It took two hours to drive back home. Shortly after I arrived, the staff of Fairhaven called to say that father had passed away.

The exquisite writing and photography of “Invincible Summer” offered an epiphany of sorts – if “epiphany” is understood as that moment when we see and understand in a new and clearer way.

That profound guided journey through the “seasons” of grief and distress began with the observation that in the Autumn of our grief the only cure for grief is to grieve!

Winter’s bleakness brings discouragement and dismay, the surprising moments of sudden weeping, feelings of anger at our losses, a striving to find a balance when everything seems beyond our control. During Winter’s loneliness, when we admit our feelings to another, the grief shared can become a path to grief diminished.

Then comes Spring with a welcome invitation to get on with it! It is a time to acknowledge that the future needs more attention than the past. Spring invites us to turn our attention from self to the interests and needs of others.

Summer, as described by Camus, is the recognition that something better, something stronger, pushes back against the darknesses which attempt to dominate our outlook and perspective.

And there is more.

Three well known teenagers in our congregation died within a year. Two in the same family died suddenly. Each had inherited a rare heart condition. Each literally dropped dead without warning. The third teenager, already named valedictorian of her senior class, died on the way home from babysitting when her car hydroplaned into a tree.

Their families, the congregation, and the pastor struggled with questions about God’s will and benevolence, and valiantly sought ways to comfort one another as a shroud of despondence marked our days. I called for help. 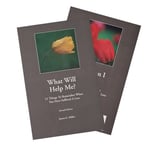 My friend brought us a day long workshop and a sermon. What he prepared for us that weekend, became the first book of dozens he eventually published to help others manage loss and grief. That first book had two themes: “What Will Help Me?” and “How Can I Help?” Twelve things to remember when you have suffered a loss, and twelve things to do when someone you know suffers a loss.

His pastoral presence from outside the congregation’s shattered community, and his book, cracked the malaise which had invaded our relationships and ministries.

That manuscript which became his first of many short concise practical and profound books drew us back to the surface of our latent hope that something better would push back the darkness of our experiences.

I am forever grateful to the Rev. James E. Miller, founder of Willowgreen Publishing, for friendship, support, and counsel. His care for those who grieve shines light into life’s difficult experiences. He writes:

“The future begins to draw more attention than the past.

And then even more than the past…

… Within ourselves there is an invincible summer!”

(Mr. Miller graciously allows us to view Invincible Summer at this link. See other Willowgreen publications here. Citations and photos used with permission from James Miller).