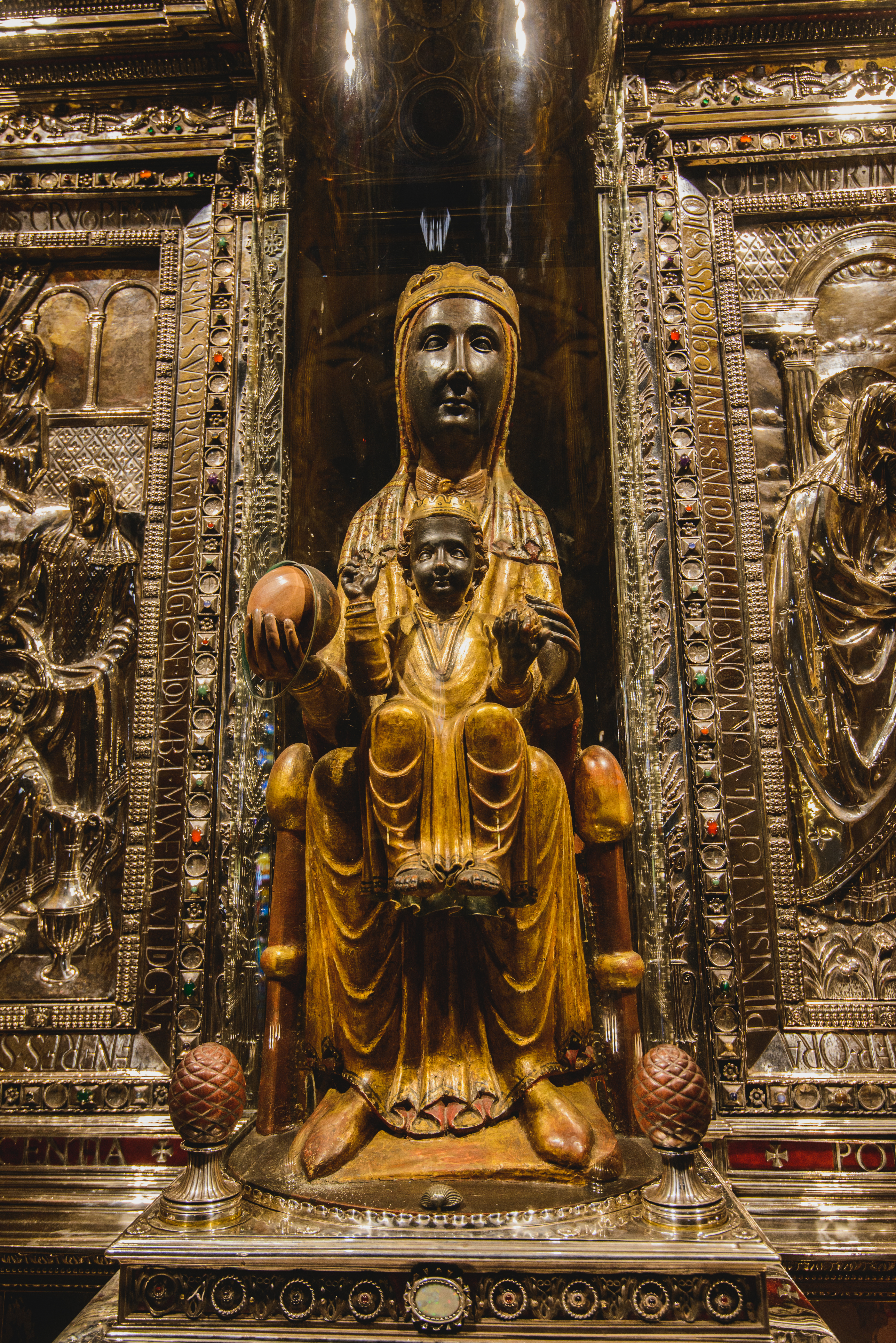 The theme for our Advent season blog posts have been “Sign of things to come.” This reflection for the fourth Sunday of Advent is “Moving with Mary’s song.” I have filled this blog entry with links. I hope you will click and explore them. They “magnify” the “magnificence” of the “Magnificat.” May your holiday celebration be full of hope, joy, love and peace.
- jmg

And Mary sang about it, echoing Hannah’s song from some 500 years earlier.

These Jewish mothers saw signs of things to come.

Hannah’s song as told in I Samuel, begins “My heart exults in Yahweh….” and continues with
The bow of the mighty has been broken
but those who were tottering are now braced with strength.
The full are fed hiring themselves out for bread
but the hungry need labor no more….
(Yahweh) raises the poor from the dust.
He lifts the needy from the dunghill
to give them a place with princes,
to assign them a seat of honor.
- I Samuel 2:1-10 New Jerusalem Bible

Elizabeth could well have joined husband Zechariah in rejoicing at the birth of her son, to be named John and later John the Baptizer. “Praise to the Lord, the God of Israel.” In their child they saw signs of freedom from fear, and a path to peace which would be more fully recognized in the ministries of Mary’s soon-to-be born son.

Mary’s soaring song echoes Hannah’s by beginning with “my soul magnifies the Lord” (NRSV) or “my soul proclaims the greatness of the Lord” (New Jerusalem Bible).
“(God) has routed the arrogant of heart.
(God) has pulled down princes from their thrones and raised high the lowly.
(God) has filled the starving with good things, sent the rich away empty.”
(references extracted from Luke 1:46-55 New Jerusalem Bible version)

Mary’s song magnificently describes a turn-around in how the world functions. It has been titled “Magnificat” which Webster’s defines as “an utterance of praise.”

Dietrich Bonhoeffer declared it is “the most passionate, the wildest, one might even say the most revolutionary hymn ever sung.”

Theologian Warren Carter writes that in the time of Jesus, 2 to 3 percent of the population was rich, while the majority lived a subsistence-level existence. “Mary articulates an end to economic structures that are exploitative and unjust. She speaks of a time when all will enjoy the good things given by God.”

D. L. Mayfield claims the Magnificat shows “the true magnificence of how much God cares about our political, economic and social realities.” He also observes that for some - even some within the household of Christianity – the Magnificat is considered so dangerous that they omit all but the first few lines.
His Washington Post article is here.

Mark Lowry and Buddie Greene captured the unheard-of message of the Magnificat in their popular song “Mary, did you know?” Lowry says “I just tried to put into words the unfathomable. I started thinking of the questions I would have for her if I were to sit down & have coffee with Mary.” Hear it here in the inimitable style of Pentatonix.

Craig Wiseman, Tim Nicholls and Faith Hill produced a Billboard number one song about a pregnant teenage girl faced with the uncertainty of her future and coming to terms with the fact that her life is about to change.
“Teenage girl, much too young
Unprepared for what's to come
A baby changes everything
Not a ring on her hand
All her dreams and all her plans
A baby changes everything"

The video of this song includes a fine visual to match the lyrics (although in my estimation the portrayal of Jesus could have looked more like the olive skinned Mediterranean Jew who was Jesus of Nazareth). Here’s the link.

I’ve used “magnificent,” magnified, and magnificat frequently in these paragraphs. Johann Sebastian Bach, however, holds the record. His musical setting of Mary’s song opens with singers exclaiming “Magnificat” at least 40 times in less than a minute and a half! Listen to the first three minutes here.

Craig Greenfield sets a different record, using only one word, “dynamite.” He writes, “… little did we know, we were playing with dynamite." … explosively revealed in the Christmas Carol of Justice sung by a heavily pregnant Mary in Luke 1:46-56 (known as the Magnificat). It’s the rebel yell of a new Kingdom that will UPTURN everything we take for granted.”

These, as well as other commentators, recognize in the Mary song a vision of peace and equity still imagined by the major religious faiths around us, but as yet unachieved.

To borrow the Ruth Frost Parker mantra of “abundant aging,” Mary’s song moves us forward, describing the signs of abundant living for everyone. The hope and the promise are still to come, slowly acted out by each of us, sometimes derailed, other times regaled!

Advent candles may remind us to carefully and prayerfully hear Mary’s song of things to come. The hope, love, joy and peace for which they blaze are the prayers of the faithful in most religions for a new kin-dom to upturn what we take for granted, and reform, transform, the world as we experience it now, into abundant life for all as God intends.