The Climb to What We Ought to Be 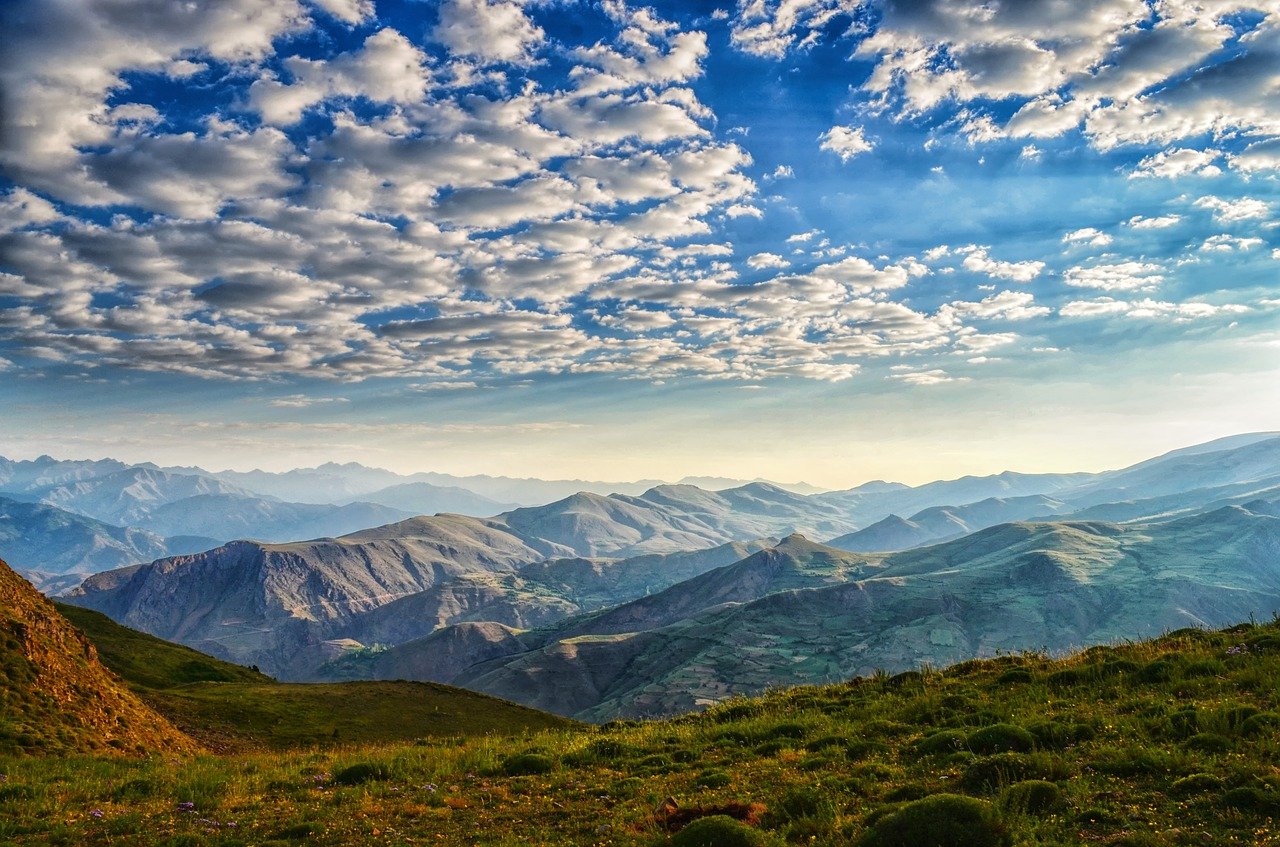 “When I was your age, I walked to school uphill both ways barefoot in the snow.”  It is an oft-quoted exaggeration. It is not an exaggeration that the trail to the Lewis and Clark Caverns is a steep upward three-quarter of a mile hike! A couple of years ago in Montana, my high school granddaughter scampered up that hill. She was not barefoot, and there was no snow. She got there way ahead of her mother and uncle, who patiently waited as granddad stopped at every bench to catch his breath. I might have kept up with her – 75 years ago!  Back of the football stadium in my hometown, there was a wooded area full of twisting paths, hills and dips. In the middle was a large depression.

We raced up and down the hills and scooted through that “crater” as we played versions of Saturday afternoon cowboys and Indians matinees. History classes and movies showed us how white folks drove away folks who rode horses without saddles, decorated their faces with paint, and put feathers on their heads. Myths of white superiority thoroughly conditioned us.

I hadn’t thought much about hills until Amanda Gorman wrote The Hill We Climb. In her fantastic inauguration poem, she said:

“…the  norms and notions of

While flirting with that phrase and hills to climb, I read a piece by Leonard Pitts, Jr, Pulitzer Prize-winning columnist for the Miami Herald. He wrote it is imperative to develop “a clear-eyed view of what we are and some strategy that delivers us to what we ought to be.” (Miami Herald, 4/11/21). Amanda Gorman and Leonard Pitts challenge us to climb toward where we ought to be while acknowledging how we got to be where we are instead.

There is a mystique about hills, glades and “purple mountain majesties above the fruited plains.” What we sang in our schoolroom music classes describes an America of freedom and brotherhood. Remember singing, “From ev'ry mountainside, let freedom ring?”

But we never heard the Abolitionist version written in 1843 by A. G. Duncan:

My country, 'tis of thee,
Stronghold of slavery,

of thee I sing;
Land where my fathers died,
Where men man's rights deride,
From every mountainside

thy deeds shall ring.

My native country, thee,
Where all men are born free,

if white's their skin;
I love thy hills and dales,
Thy mounts and pleasant vales;
But hate thy negro sales,

We sang no songs and learned no lessons about the cruelty of colonizing pilgrims who stole the croplands from indigenous folks who lived on those fertile plains, militias that slaughtered them, or a government that violates treaties and turns them into implicit efforts at genocide. We sang “America the Beautiful” and “My Country Tis of Thee” but did not decode the patriotically slanted assumptions of white superiority which those national hymns spun into our culture.

We were treated to pictures of people singing while they picked prickly cotton, but not the whippings. We saw well-dressed domestics serving in grand southern manors, but not the sexual assaults. We sometimes saw “no colored” signs, but not the spiked iron collars nor the specter of white folks partying at lynching sites. As Ms. Gorman said, we saw what “just is.”

Rogers and Hammerstein eulogized hills and mountains. Remember this: Sound of Music? “I go to the hills when my heart is  yearning….”  Today’s yearning about hills, suggests Amanda Gorman and Leonard Pitts, is to climb closer to “what we ought to be.” The movie romanticizes the trek of the Von Trapp family crossing mountains while singing, “Climb every mountain, ford every stream, follow every rainbow, till you find your dream.”

The real story is of a significant military officer who went AWOL. He refused to be complicit in the gruesome spread of fascism and Naziism. He chose instead to climb the hills toward freedom, righteousness, equity, and justice. One biographer relates that Captain VonTrapp refused to fly the Nazi flag, declined a naval command as well as a request to sing at Hitler’s birthday party. He writes, “They weighed staying in Austria and taking advantage of the enticements the Nazis were offering—greater fame as a singing group, a medical doctor's position for Rupert, and a renewed naval career for Georg—against leaving behind everything they knew—their friends, family, estate, and all their possessions. They decided that they could not compromise their principles and left."  The score and lyrics profoundly advise us that the hills we climb toward dreams and principles “will need all the love you can give, every day of your life, for as long as you live.”  Listen here.

From Hills and Valleys

Scripture has much to say about hills, mountains, valleys, streams – and dreams. Moses came back down to earth after his Mt. Sinai conference with God, the ten commandments tucked under his arms.  In the valley, he was shocked by how far his people were from the vision God inscribed on those tablets. Amos preached, “let justice roll down like waters, and righteousness like an ever-flowing stream” (Amos 5:24). It was his prophetic vision of how God intended life together to be lived.

A mid-week revival preacher went on and on about hills and Psalm 121. But our Vacation Bible School teacher insisted the King James Version people put the comma  in the wrong place, as in “I will lift up mine eyes unto the hills, from whence cometh my help.” She explained the help wasn’t in the hills, but in verse two, “ My help cometh from the Lord, which made heaven and earth.” It was many years before the New Revised Standard Version (NRSV) made it clear that the help we need comes not from landscapes but is a gift from God.

Steep the Climb Toward Righteousness

In our older years, we tend to hang on to our favorite patriotic and nostalgic songs. However, as a people of faith, we are challenged by Tim Hughes who sings that prophet Micah declared God demands justice, mercy, and humble obedience. Translating the prophet’s words to music, Tim Hughes pleads, “keep us from just singing, move us into action; we must go now…” to be advocates for the ways of God taught us by Jesus.

Amanda Gorman’s words, “the norms and notions of what ‘just’ is, isn’t always just-ice” are a call for faithful people to resist expressions of patriotism and nationalism, which make even steeper the hills we climb toward righteousness and the common good for all.

This article is published the week of Ascension Day, May 13, in the Christian tradition. Lectionary readings for the day include Psalm 47 and Ephesians 1:15-23. A commentary on those passages suggests the Ascension is not just about getting Jesus off the earth. It is a declaration that the “climate of earth and the modes of power” are being revamped to fit God’s promise of a realm where “mercy, compassion, forgiveness and caring” rule. That’s the hill we must climb.

Frederick Douglass put it this way:

“Where justice is denied, where poverty is enforced, where ignorance prevails, and where any one class is made to feel that society is an organized conspiracy to oppress, rob, and degrade them, neither persons nor property will be safe.”

we must go now

to make the music from the hills

a justice which is just.