The Value of Others 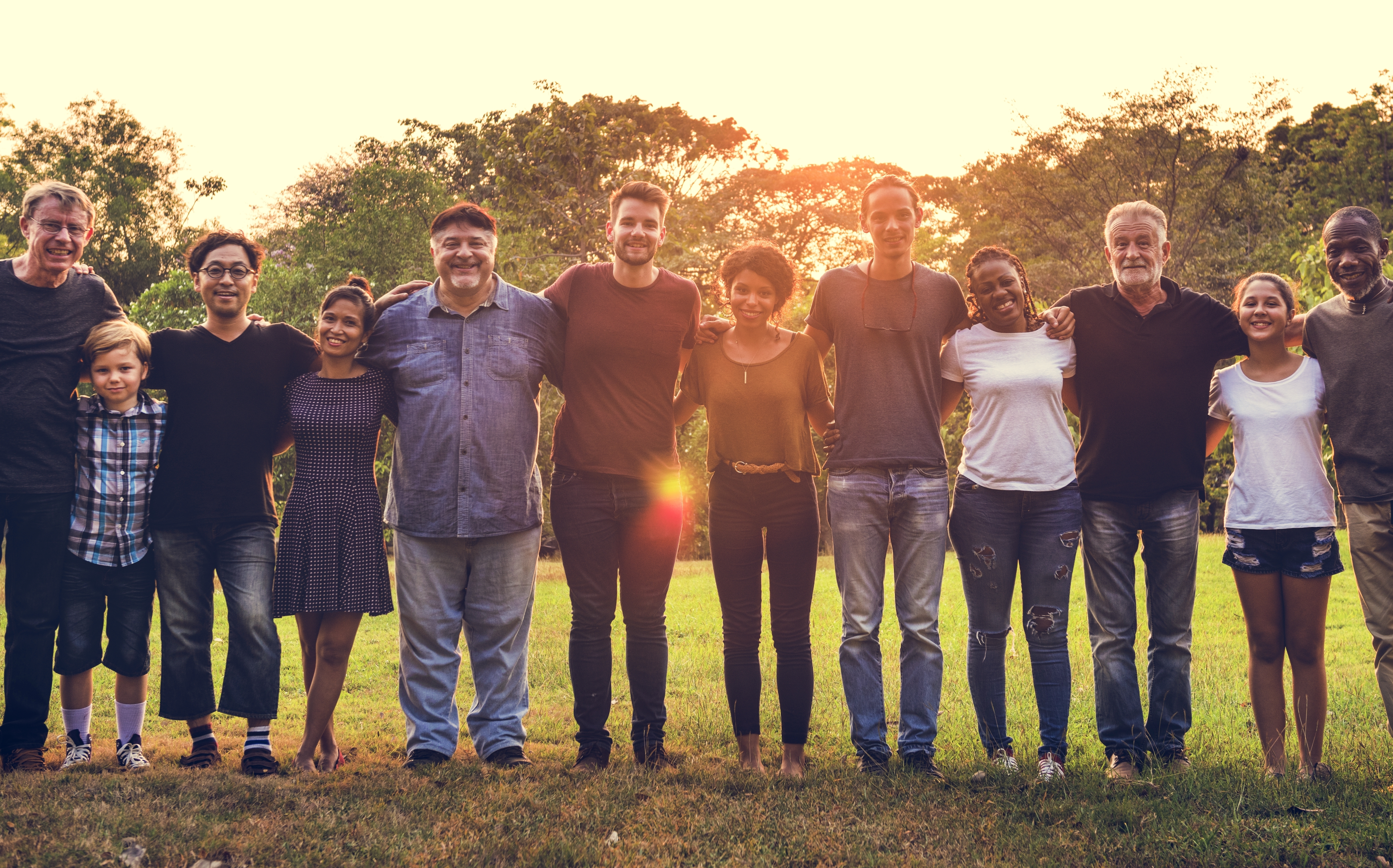 In our newest Abundant Aging blog, we are asked to explore and respect “otherness” as a way to build bridges.

Forc'd from home, and all its pleasures,
Afric's coast I left forlorn;
To increase a stranger's treasures,
O'er the raging billows borne
What are England's rights, I ask,
Me from my delights to sever,
Me to torture, me to task?
Fleecy locks, and black complexion
Cannot forfeit nature's claim;
Skins may differ, but affection
Dwells in white and black the same.

We may recognize the seed of a more famous phrase more readily, buried in a hundred lines of Cowper’s blank verses in “The Task,” variety is the very spice of life that gives it all its flavor.

That’s a splendid springboard to explore what Dr. Parker Palmer labels “otherness.” Dr. Palmer offers “five habits to heal the heart of democracy” and proposes that one of them is to develop “an appreciation for the value of ‘otherness.’” To break through walls of “otherness” is to open doors to an incredible richness of thought and experience, which we deny ourselves when we cling desperately to “sameness.”

I did what is woke these days and Googled “otherness.”  I found this:

“Otherness results in stigmatizing a difference – real or imagined –negates identity and becomes a motive for discrimination.  (paraphrased from words of Jean-Francois Staszak in the International Encyclopedia of Human Geography).

As a youngster, the street I lived on was a narrow block and a half long and ended abruptly at the railroad tracks.  Coal-fired locomotives thundered past daily, leaving our lawns covered with more cinders than grass.

Like me, neighborhood kids played in the street and used the basketball hoop on my garage for our recreation. It is where I learned about “us” and “them.”

The Greek family across from our house, and the Jewish family two doors down, didn’t sound like us.  They looked different, too. In the summers when air conditioning meant to open your windows and doors, the raised voices at the Jewish house and singing from the Greek family sounded – well, foreign. We kids echoed parents who shook their heads while saying, “Those people are so strange. They aren’t like us at all.”

Fast forward about 75 years to “the year of the COVID.” COVID fears of illness, even death, have also stirred many complaints about monotony. Too much “same old, same old.” Distancing, limited personal contacts, and restricted movements make the days boring. Someone named it “tedious sameness.”

If there is truth to the assertion that variety is like spice, then the decade now before us offers the opportunity to, as Dr. Palmer coaches, “intentionally embrace otherness rather than shun it.”

In my boyhood neighborhood, we decided who was Us and who was Them. We clung to “sameness” like a shield. The tragedy of making such choices is that we slide into silos that insulate us from others. Dr. Palmer observes that disrespect for “otherness” has erupted in these years with discord and enmity fueled by “hateful rhetoric, fear-mongering, and demonization of the opposition.”

However, the excellent news is that exploring and respecting otherness builds bridges across chasms created by self-centered sameness.

The Bridge of Love

On that narrow street near the railroad tracks when I was a youngster, I thought society had to revolve around “us” and” them” choices. Since then, and during these shut-in days, I participate in three groups focused on racism, white privilege, and justice for all. Our readings, discussions, and shared experiences help me realize how clinging so stubbornly to otherness distinctions is a thinly-veiled attempt to protect one’s sense of self and identity. To clutch at power even if to do so is a detriment to the selfhood, identity and power of the “other.”

Valarie Kaur, an attorney, author, lecturer, and Sikh, outlines in stark terms the powerful forces which shape “us” against “them.” In her book, “See No Stranger: A Manifesto of Revolutionary Love,” she writes, “they divide the world into good or bad, saved or unsaved, with us or against us; cruel stereotypes of black as criminal, brown as illegal, indigenous as savage, Muslims and Sikhs as terrorists, Jews as controlling, Hindus as primitive, Asians of all kinds as perpetually foreign, queer and trans people as sinful, disabled people as pitiable, and women and girls property.  Such stereotypes are in the air, on television and film, in the news….we breathe them in…”

In effect, Valarie Kaur invites us to take the strange out of a stranger and to revisit ancient and biblical traditions of hospitality and love for one another.

Uniqueness is to be savored, not feared. A gift from the Creator is that each of us is custom made and special. We are beloved by the One who declares, “Do not be afraid; I have named you, you are mine!”  (Isaiah 43:1, paraphrased)

As we move more deeply into 2021, we are blessed with a new stage to celebrate otherness and sameness as cherished gifts, not threats. It is a unique occasion to share the vision of Langston Hughes, “I dream a world where no human no other human will scorn.”

This week, the Presidential Inauguration takes center stage in the U.S. It is a beautiful time to inaugurate a renewed embrace of differences with dignity and respect. I Thessalonians 3:12 offers this benediction to guide us into a new season of gratitude for “otherness.”

“May (GOD) make your love for each other and for everyone else grow by leaps and bounds…" (Contemporary English Version).

To be sure, variety is indeed a spice for our living!

Events on Epiphany, January 6, 2021, create a severe test of the theme in this week’s blog; that is, that variety and “otherness” are to be cherished and enjoyed. The perpetrators of the disaster on Capitol Hill, Washington, D.C., are difficult to embrace. Rioting, destruction of property, intimidation of legislators, even death threats by some who are determined to have their way at any cost could make the contention that “variety is spice” seem pollyannish or even ludicrous.

Let us remember, however, that the love required of us is rarely easy or convenient. The differences among us often result in tribes, factions, and parties, thereby increasing opportunities for discrimination, injustices, and atrocities by one against the other. We are called to “love one another as I have loved you.” (John 13:34-35). In the Creator’s design, such love may also call us to confront, to stand opposed to, behaviors and beliefs which are counter to the common good for all. Such love requires strength and advocacy marked by respect and dignity – love in its most profound significance.

We shall then escape entrapment by any darkness represented by “otherness” and move toward the epiphany (vision) of peace – for ALL. Shalom.